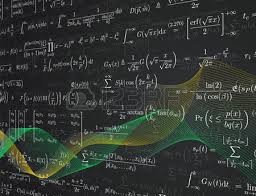 Very frequently, mainly in dynamic problems,some data is uncertain at the decision-making time, although some information is already available. The mathematical optimization models under uncertainty, so-named stochastic optimization ones structure the uncertainty in a set of representative scenarios. The stochastic Risk Neutral (RN) models aim to obtaining a feasible solution for the scenario-based constraint system that, say, maximizes the expected objective function value in the scenarios. The RN approach has been used since the 60s. The good news is that, even within the difficulty of solving realistic stochastic models mainly in the presence of integer variables, the nice structure of the two-stage and multistage models can be exploited in problem solving. However, that approach means that the optimal solution may have poor objective function values in some (non-desired) scenarios (theso-named black swan ones). Those values in the RN approach can be balanced with the ones in some attractive scenarios. So, the drawback of the approach is the negative impact of the RN solution in the black swan scenarios occurrence. However, those RN solutions can be prevented by risk averse measures (RAMs), among them, the Stochastic Dominance(SD) functional-based ones. In this talk, two SD-based time-consistent and time-inconsistent RAMs are considered for two-stage and multistage stochastic problems. They are based on a set of profiles, each one is included by a threshold to achieve in the objective function and any other function, an upper bound on the threshold achievement shortfall in each scenario, an upper bound on the expected shortfall in the set of scenarios, and an upper bound on the fraction of scenarios with shortfal.