Seminario 21/19: Maria Chiara Pagliarella (INAPP of Rome and University of Cassino and Southern Lazio): Areal sampling strategies for estimating totals and averages on a grid of quadrats: applications to forest surveys 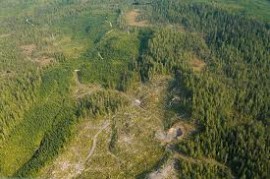 The Reduction of Emissions from Deforestation and forest Degradation (REDD) project was proposed and initiated in 2005. Monitoring of forest cover by statistical methodologies is a key pre-requisite. Forest cover is usually estimated at large scale by spatial sampling strategies, in which the study region is partitioned into polygons of equal size (e.g. quadrats). Then, a sample of N units is selected, aerial photos are provided and visually interpreted to determine the forest cover. In order to incorporate spatial aspect into the design and to account for the presence of spatial autocorrelation among the units, in this paper are compared familiar sampling schemes such as simple random sampling without replacement (SRSWR), one-per-stratum stratified sampling (STR) and systematic sampling (SIS) against ad hoc spatial schemes such as Local Pivotal Method of the first type (LPM1) by Grafström et al. (2012), Generalized Random-Tessellation Stratified Sampling (GRTSS) by Steven and Olsen (2004), Spatially Correlated Poisson Sampling (SCPS) by Grafström (2012), the drawn-by-drawn scheme avoiding the selection of contiguous units by Fattorini (2006) and the Doubly Balanced Spatial Sampling by Grafström and Tillé (2013). A simulation study is performed in order to compare and check the validity of each strategy.