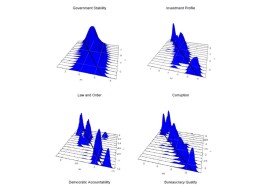 In this talk we revisit common problems of Data Science [1, 2]. Specifically,
we focus on the problem of locating a given number of hyperplanes minimizing
a globalizing function of the closest distances from a set of points. Following an
initial attempt in [3], we propose a general framework for the problem in which
general norm-based distances are used to measure the residuals and an ordered
median aggregation function of them has to be minimized. A compact Mixed
Integer Linear (or Non Linear) programming formulation is presented for the
problem and also an extended set partitioning formulation with an exponential
number of variables is developed. The set partitioning formulation is analyzed
and a column generation procedure is proposed for solving the problem by
adequately performing preprocessing, pricing and branching (see [4] for similar
approaches to a different problem in Location Analysis). The issue of scalability
is also addressed showing theoretical upper bounds on the errors assumed by
replacing the original datasets by aggregated versions. Finally, the results of
an extensive computational experience are reported.