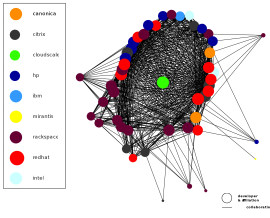 A general finding in group contest is that there is an over-expenditure of effort, that is contests between groups generate very high individual efforts (and little free riding) compared to theoretical predictions. However, in the literature the way that the prize is shared ranges only between proportional sharing to egalitarian sharing. In many environments members of the group cooperate to be more successful than the other group (hence, we have group contest), but at the same time within the group there is a competition between the members. Imagine hoteliers of a resort setting up an advertising campaign to attract more tourist so that those tourist do not choose other destinations. Thus, these hoteliers cooperate and compete with hoteliers of other tourist destinations. However, when those tourist arrive, then the hoteliers compete so that they have more tourist. This combination of cooperation and competition is coopetition. We argue that the more a member of the group contributes in the cooperation phase, the less resources she has in the competition phase. This, in turn, implies that cooperating more reduces the chances of being successful in the competition. We embed these ideas in a group contest setup. We take the general setup and modify it only in the way that the prize is shared between the members of the winning group. In contrast to the previous literature we assume that those who contribute less (or make less individual effort in the group contest parlance) in the cooperation phase receive less of the prize in an inversely proportional way. In addition, we attempt to understand the motivation behind the choice of contribution by eliciting individual preferences of the participants. After the decisions in the coopetition task, we measure social preferences, risk preferences, cooperativeness and competitiveness.