Seminario 19/10: Daniel Gallardo-Albarrán (University of Groningen) – Beyond optimism and pessimism: A composite perspective on British living standards during the industrial revolution 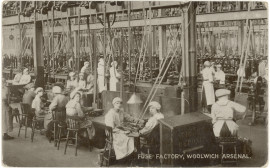 Few topics in economic history have received more attention than the profound transformations undergone by Great Britain during the 18th and 19th century. Even though the positive outcomes of this process for human living standards nowadays are not disputed, the same does not apply to the century spanning from 1750 to 1850 in Great Britain. Studies looking at key well-being dimensions individually such as income, health, working time and inequality individually often show contradictory evidence. To account for differences in their evolution, this paper presents a new framework grounded on economic theory to integrate them in a single measure and put their development into a broader perspective. I conclude that the new welfare measure does not support the idea of a two-phase process in the evolution of British living standards during the period 1781-1851 which indeed can be observed when considering the individual indicators of income, health or working time separately. The reason for this is that welfare gains came first almost exclusively from health improvements until the 1810s and then from wages (and to a lower extent non-working time). Secondly, the discrepancies between different real wage estimates in the literature appear less substantial in a framework that extends the concept of wellbeing. And thirdly, real wages typically underestimate the extent to which welfare increased over this period. Actually, health might have contributed to an improvement in well-being at least as substantial as the most optimistic estimate of real wages.
Publicado el Publicado el 10/03/2019
Por fernandoHaz un comentario
FacebookshareTwittertweetGoogle+share