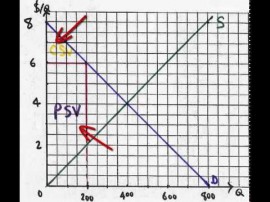 The appeal of the concept of perfectly competitive equilibrium (PCE), to describe the outcome of trade in competitive markets, relies on three assumptions: 1) in the absence of frictions, PCE is the result of the centralized or decentralized interaction of rational agents, 2) whenever the market is out of equilibrium, an adjustment process would take place that brings the market back to a PCE, and 3) the path back from a disequilibrium situation to a PCE should be fast. We investigate about the validity of the second and third assumptions in a dynamic partial equilibrium model of a large market in which transactions may occur out of the PCE, and can be delayed, to benefit from the arbitrage opportunities provided by the adjustment. We first show that, under a minimal condition of intertemporal rationality, sequential trade through a disequilibrium path is only compatible with sluggish price adjustments and sufficiently impatient agents. Under this restriction, we second show that, still depending on the kind of rationing which is applied to the long side of the market, the resulting allocation can prominently vary. Indeed, two incentive compatible trading procedures are presented. The first one converges to PCE. The second one allows to trade to almost every agent in the market.