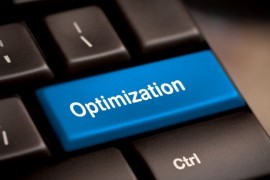 Optimization problems involving polynomial functions are of great importance in applied mathematics and engineering, and they are intrinsically hard problems. They arise in important engineering applications such as the sensor network localization problem, and provide a rich and fruitful interaction between algebraic-geometric concepts and modern convex programming. In this talk, we will discuss some recent progress of the polynomial (semi-algebraic) optimization with a focus on the intrinsic link between the polynomial structure and the hidden convexity structure.

The talk will be divided into two parts. In the first part, we will describe the key results in this new area, highlighting the geometric and conceptual aspects as well as recent work on global optimality theory, algorithms and applications. In the second part, we will explain how the semi-algebraic structure helps us to analyze some important and powerful algorithms in optimization such as alternating projection algorithm, proximal point algorithm and Douglas-Rachford algorithm. Applications to tensor computations and sparse optimization problems arise in compress sensing will be discussed (if time is permitted).