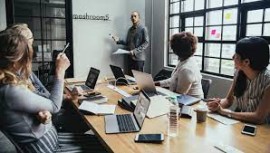 As recent studies have shown, the way that managers are educated and selected to top management positions is a complex phenomenon with variations both over time and in different national contexts. New findings show that the transference of American ideas for management education was not linear, that the post-war international scene was not a tabula rasa, and that countries and institutions made multiple adaptations to the U.S. model of business education. Argentina is a good case to explore these ideas and also new topics of research on business education until the mid 1970s. This case allows to discuss, from a maker-of-managers-perspective, the interplay between several institutions, programs (degree/non-degree), actors (non-profit organizations and for-profit commercial schools, business community (MNEs and large firms) and international agencies (Ford Foundation and the U.S. Agency for International Development) in the development of management education and training programs in Argentina from mid 1950s to mid 1970s. Argentina also exemplifies a case study more influenced or affected by the local context compared with others Latin American countries. The study employs a historical perspective and draws on valuable, original records belonging to official and private institutions that played a part in developing management education, as well as publications by Argentine business education pioneers. It also relies on business journals and unpublished research material from international agencies and US institutions. A recent version of this paper has been written with Prof. Rolv Petter Storvik Amdam (BI Norwegian Business School).