Seminario 19/23: Overqualification and skills mismatches among immigrants: the impact of host language proficiency 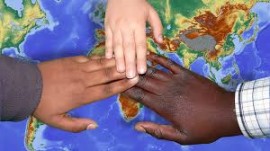 Abstract: Examining the determinants of qualification and skills mismatches has become a
recurrent theme in the literature. Educational mismatches have serious consequences for
individuals and can seriously hamper wages, job satisfaction and labour market prospects.
These effects can be drammatical among immigrants, since they add up to an already
disadvantaged position in the labour market. This paper asks to what extent host language
proficiency can insure immigrants against the risk of ending up in mismatched jobs. Using
the 2003-2016 waves of the Household, Income and Labour Dynamics in Australia
(HILDA), the paper discriminates between three forms of mismatch, overqualification,
underqualification and skills mismatch. To account for the potential endogeneity of host
language proficiency, the paper adopts a 2SLS instrumental variable model. Specifically,
host language proficiency is instrumented using Bleakley and Chin (Rev Econ Stat
86:481–496, 2004) strategy, which exploits the fact that younger children learn languages
more easily than older ones. The results from a biprobit are also reported. We find that
English language proficiency among immigrants in Australia significantly reduces the
probability of ending up in mismatched jobs. The effects are sensitively higher in the case
of overqualification. All in all, the result suggests that host language proficiency is a form
of human capital that interacts positively with skills and abilities already possessed by the
immigrant.