Seminario 19/13: Francisco Cabo (U. Valladolid) – Interaction and imitation between Sanchos and Quixotes: A misleading evolutionary equilibrium 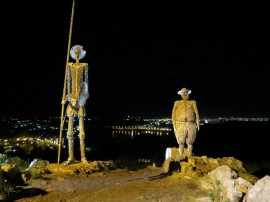 The paper analyzes the interaction between individuals belonging to two distinct populations, who share the same strategy set but differ in their payoff matrices. A two-population evolutionary game describes this interaction, that presents a double dimension. On the one hand, agents in one population play a game against individuals within their own and also the alternative population. On the other hand, an imitative revision protocol matches together agents belonging to the same population, but also individuals from different populations. Because the payoff to Sanchos and Quixotes diverge, when a revising agent in one population is matched with an individual in the alternative population who plays a different strategy, switching to this new strategy gives an uncertain payoff. The revising agent suffers a sudden bipolar disorder, as the payoff he estimates diverges from the observed payoff of his pair. He builds the expected payoff of switching the strategy weighing what he estimates and what he observes. Under this setting we compute the mixed-strategy asymptotically stable fixed point of the evolutionary dynamics. And we analyze how this equilibrium is affected by the credibility that Sanchos and Quixotes assign to their estimations or to the payoff they observe when paired with an individual having different preferences.