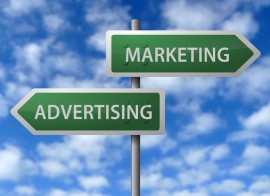 Despite the fact that the use of sporadic advertising schedules is well established in both the advertising literature and market place, the marketing channel literature that focuses on vertical interactions has consistently prescribed continuous advertising strategies over time. This paper investigates, in a bilateral monopoly context a situation in which a manufacturer and a retailer control their pricing and advertising decisions, the optimal scheduling of retailer (local) and manufacturer (national) advertising in a planning horizon of three periods. We found that, consistent with the advertising literature, the integrated channel adopts pulsing to benefit from advertising positive carryover effects. Conversely, when the channel is uncoordinated, three advertising schedules are identified as equilibria. The continuous schedule where channel members advertise in the three periods.The pulsing schedule in which the two channel members advertise only in the first and third periods. The mix schedule where the retailer advertises in the three periods and the manufacturer advertises exclusively in the first and third periods. The conditions under which either schedule can be implemented critically depend on the long-term effects of local and national advertising. Among others, pulsing is the optimal schedule when local advertising has very large negative or positive long-term effects.