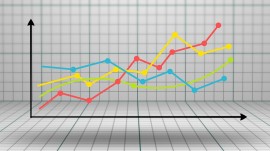 Atrial fibrillation (AF) is an abnormal rhythm of the heart that is felt as an irregular heartbeat or pulse. This disease is the most common sustained cardiac arrhythmia and increases the risk of heart failure and other heart complications. Paroxysmal AF (PAF) is defined as an intermittent AF that terminates spontaneously o with intervention in less than seven days.

In this work we present a new tool, namely symbolic correlation integral, for AF detection in RR intervals time series. This method is based on symbolic analysis. This kind of analysis may reveal physiological properties of AF and contain important information that can be used to discriminate PAF and no-PAF.