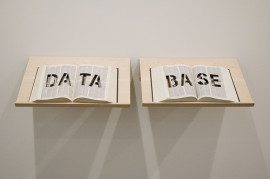 Global History, as a theoretical framework, has been in constant evolution during the last few years. Nevertheless, as the discipline reaches its maturity, the need to push the boundaries of the field becomes clearer; global historians need to avoid the stagnation of the debate by implementing research agendas that incorporate archival sources coming from Asia, Europe and America. Bringing new empirical evidence to the table will allow researchers them to better understand the core questions of the framework with new data. To process and analyse the repositories that such effort will yield, it is necessary to combine paradigms coming both from the Information Technology (IT) and the social sciences (economy, sociology and geography).

The paper begins by presenting a state-of-the-art regarding the implementation of several databases in the context of Global History. Understanding better the manners in which academics have used the new technologies to create data repositories, permits to propose new models of data integration and normalization. Precisely, the second part delves into the results of the critique previously conducted; the foundations of the GECEM Project Database are shown here to clarify the research problems that are addressed by integrating cross-references between Chinese, American and European sources and analysing them by the means of Social Network Analysis (SNA) and a Geographical Information System (GIS). Thirdly, examples derived from the database will be succinctly presented: consumption data for Marseille and Seville, and fiscal information of the Philippines which is paramount to study the smuggling activities connecting with Chinese coastal areas (Macao, Canton and Fujian) undertaken by sangleys (Chinese traders in the Philippines). The paper closes with a small section that remarks the necessity to open the debate about the categories.