Seminario 15/02 – F.Alcalá (UMU): Effort and Leisure at the Workplace 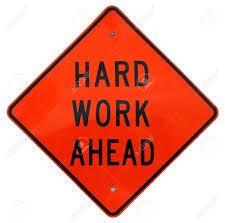 There appears to be notable differences in average effort at work (pace and attentiveness) across countries, which affect relative TFP and comparative advantage. These differences are typically assumed to be the consequence of an exogenous cultural trait: industriousness; more industrious countries would thrive relative to more indolent ones. However, it is hard to accept that cultural traits having a substantial welfare impact are completely exogenous to the economy in the long run. Moreover, industriousness, if exogenous, would tend to create a positive link between country income and average hours worked that is at odds with the empirical evidence. Based on the assumption that consumption requires time outside the workplace, this paper provides a simple theory explaining cross-country differences in effort as the consequence of differences in economic opportunities. The theory is consistent with higher wages leading to higher effort but less hours worked. A simple calibration of the model suggests that accounting for cross-country differences in effort and hours worked would significantly reduce measured welfare inequality across countries.