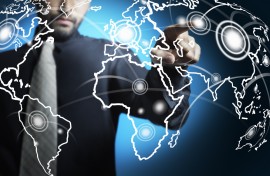 According to the product life-cycle theory, new products are invented and developed in the advanced economies, from which they are initially exported. At a later stage, part or all of their production process moves to lower-wage countries. These dynamics lead to a continuous process of international relocation of production. In this paper, we use the average per capita GDP of each product’s exporting countries as a measure of the stage of the product in its life cycle. First, using disaggregated trade data, we examine the intensity with which each industry has been affected by the international relocation of production between 1995 and 2007. Second, we analyze how this relocation has affected cross-country growth. Countries that were specialized in 1995 in products that, on average, experienced a relocation process towards low-income (resp. high-income) economies over the following years, exhibited significantly lower (rest. greater) growth over the 1995-2007 period.
Publicado el Publicado el 12/05/2015
Por Máximo Camacho AlonsoHaz un comentario
FacebookshareTwittertweetGoogle+share